I'VE GOT A QUESTION ABOUT THE SEASON!

For Prattville native Jessie Lynn Nichols, 2016 was a banner year. In the course of just 365 days, the hard-working agricultural communications senior managed to accomplish more than many folks achieve in a lifetime—from launching her third business venture to earning multiple awards for her music, and from performing as the opening act for one of her all-time favorite groups (the Oak Ridge Boys) to graduating from college. 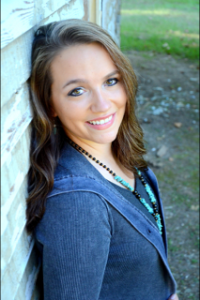 And she’s not slowing down any time soon. In January, she began work toward a master’s degree from Auburn in agriscience education.

Nichols, who began riding horses before she could walk and boasts an impressive résumé filled with event titles, established Alabama Extreme Equine Productions LLC when she was just 15. Through the company, which originally offered equestrian training, riding lessons and drill team clinics but now focuses solely on drill team work, she found a profitable outlet for her love of horses. With that passion at heart, she planned to head to The Plains as an animal sciences/pre-vet major.

As she worked her way through the college application process, though, Nichols learned more about the College of Agriculture’s agricultural communications program. It seemed like a perfect fit.

“I quickly realized that my true passion and love stemmed from my ability to communicate with individuals, one-on-one or in a group,” she says.

She hasn’t regretted the choice for a second. Her chosen major allowed her time to participate in extracurricular activities like Ag Ambassadors and Agricultural Communicators of Tomorrow. And it freed her to focus on another love: music.

A member of a musical family, Nichols has been performing since she was a toddler, first at church, then in other settings. She began writing and performing her own music during her time as an Auburn undergrad, and the music world is taking notice. In addition to releasing her first full-length album, A Softer Side of Country, in 2016, she was named the Josie Music Awards Modern Country Female Rising Star, the Alabama Music Association’s Female Vocalist and Entertainer of the Year and a Nash Next Regional Champion and national semifinalist.

All of this success in the music industry led her to establish Dirt to Diva Music Productions LLC, an outgrowth of the music publishing company by a similar name that she founded in 2013. Together, the two entities allow Nichols to handle nearly all aspects of her blossoming music career. She also intends to begin offering publishing and promotional services to other artists soon.

While she is the first Auburn grad in her family, she credits her parents, Bryan and Sherri Nichols, with the inspiration to succeed, not only in the classroom but also in a variety of other arenas.

“My parents have always been a major part of my success in grooming me to be self-motivated and self-driven,” she says. “Most importantly, they’ve taught me about remaining humble and remembering where I came from.”

Find out more about Jessie Lynn and listen to her music at www.jessielynn.net.

Please fill out the form below to join The Season Magazine mailing list to receive a free hard copy of our award winning magazine.